We are among the most prominent integrators of on-board ETCS systems for rolling stock in the Czech Republic.

Railway vehicles already in use can be retrofitted with ETCS, including integration into the vehicle's current systems and equipment. In such cases, we will cover all activities, from receiving the vehicle from the contractor, to final handover in fully fit condition for use, equipped with fully functional on-board ETCS systems. In addition to the supply of ETCS technologies themselves, implementation also includes prototyping, i.e., finding a suitable technical solution for integrating ETCS systems into the particular vehicle, testing, trials and approval by relevant railway authorities. The next stage is serial vehicle fitting, which always involves installation and commissioning of the newly added systems, followed by approval of the vehicle for use (certificate of conformity with the prototype).

A leading European manufacturer supplies us with ETCS technologies themselves. Thanks to close collaboration with the technology manufacturer Alstom, we are the only company in the Czech Republic able to commission ETCS devices. Our customers include important railway transport companies both from the passenger and freight sectors, for whom we retrofit ETCS technology into commonly used vehicles and even some rarer vehicle series.

These highly specialised activities add another dimension to our portfolio, building on our own experience in the field of railway telematics in the Czech Republic, especially supplies of the GSM-R system, which represents the European standard for wireless communications between controllers and trains and serves as the basic ETCS communication system.

In the context of European and Czech legislation, the construction of the ETCS system (both stationary and on-board parts) is a highly important strategic matter for Czech railways in the coming period.

The fitting of railway vehicles with GSM-R radio stations is a comprehensive solution where the locomotive or carriages are equipped with vehicle radio stations, follow-up guarantee and post-guarantee servicing is provided in line with the guaranteed parameters, and periodic preventive maintenance of the complete radio station is carried out.

We operate an optical network with a length of more than 3,500 km

END_OF_DOCUMENT_TOKEN_TO_BE_REPLACED

We provide service operations throughout the Czech Republic, 24 hours a day, seven days a week

END_OF_DOCUMENT_TOKEN_TO_BE_REPLACED
You aren't using actual browser. Update your browser for better and safer experience while surfing. 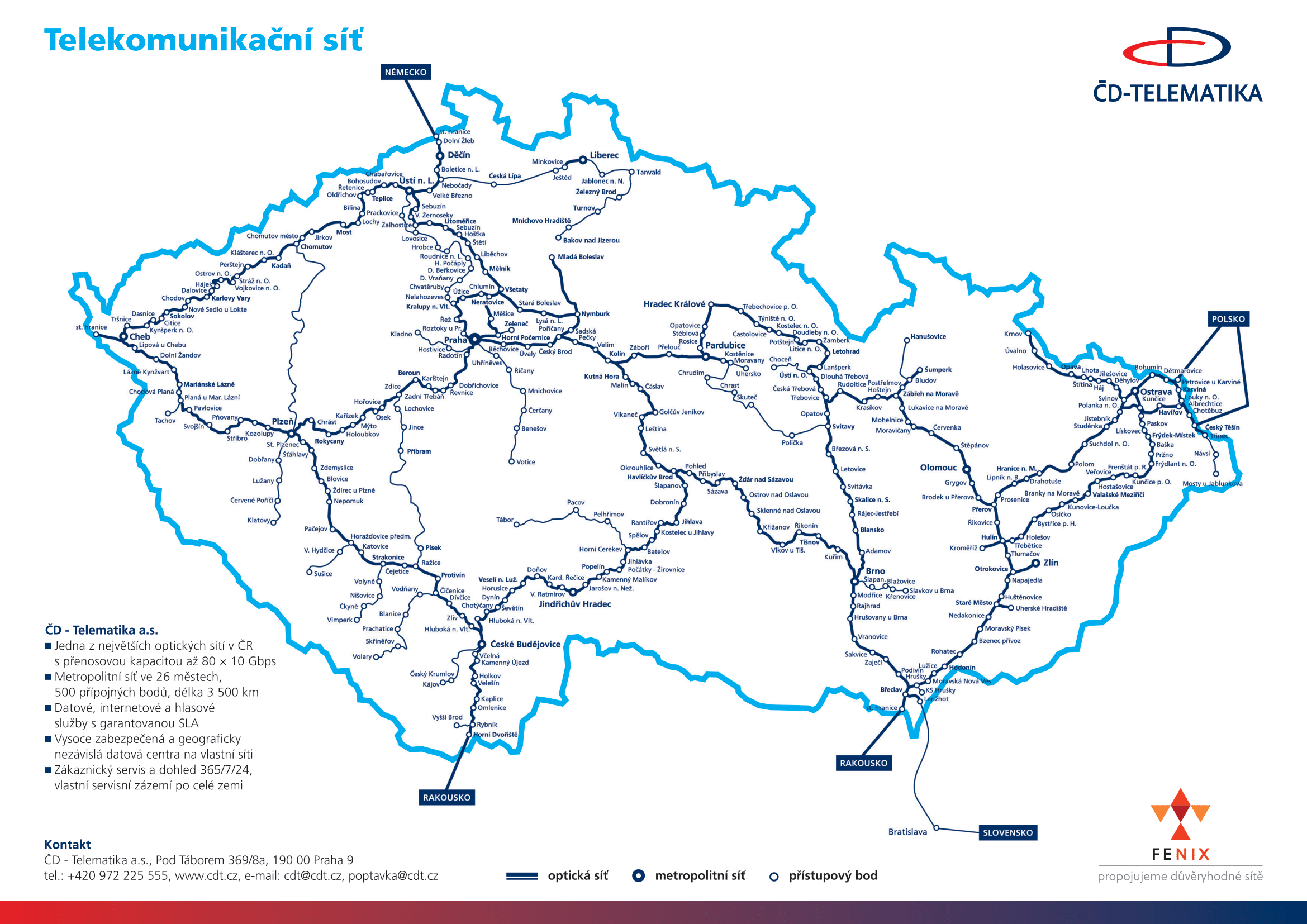